Tonight Bar Sugo held another one of their much anticipated and greatly appreciated game dinners. While it was slightly different than what they usually do as far as the menu was concerned, that was about all that deviated from what someone has come to know about Chef Pat and his creations. All of the previous Game Dinner's have featured a vast array of game, tonight he went with Strictly Birds. To say the least, he was flying high! 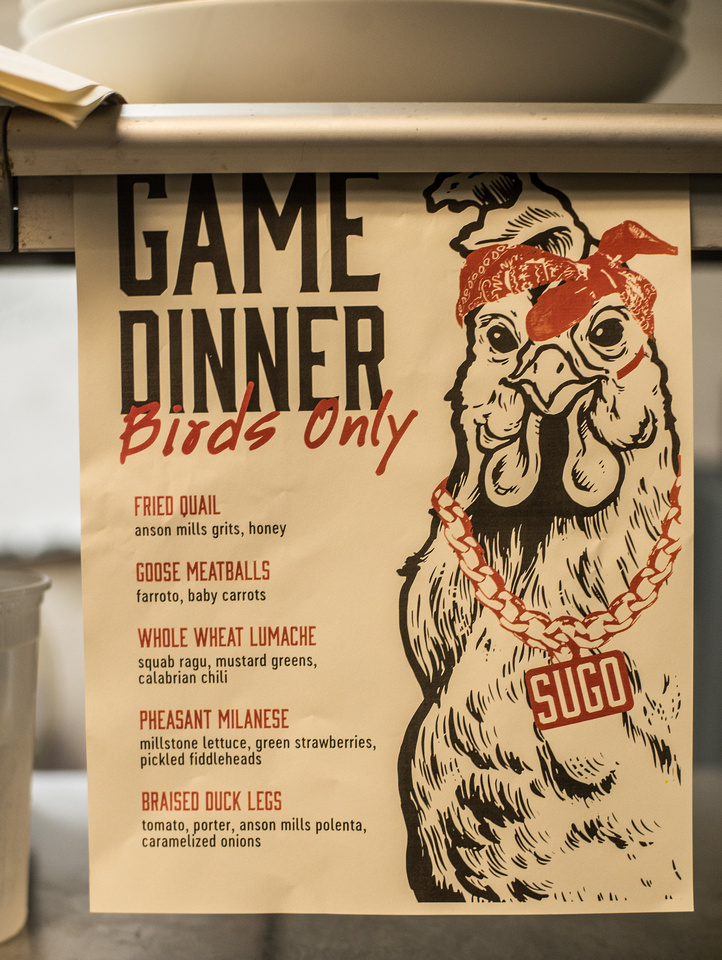 First up was the fried quail. Having been to previous game dinners I was all too excited to try this. It was spot on. Crispy, tender and moist, granted you can deep fry anything and make it delicious but not everyone can do it with quail. Throw in the grits and honey and you had a plate of deep fried sweet and salty to kick off a night of awesomeness. 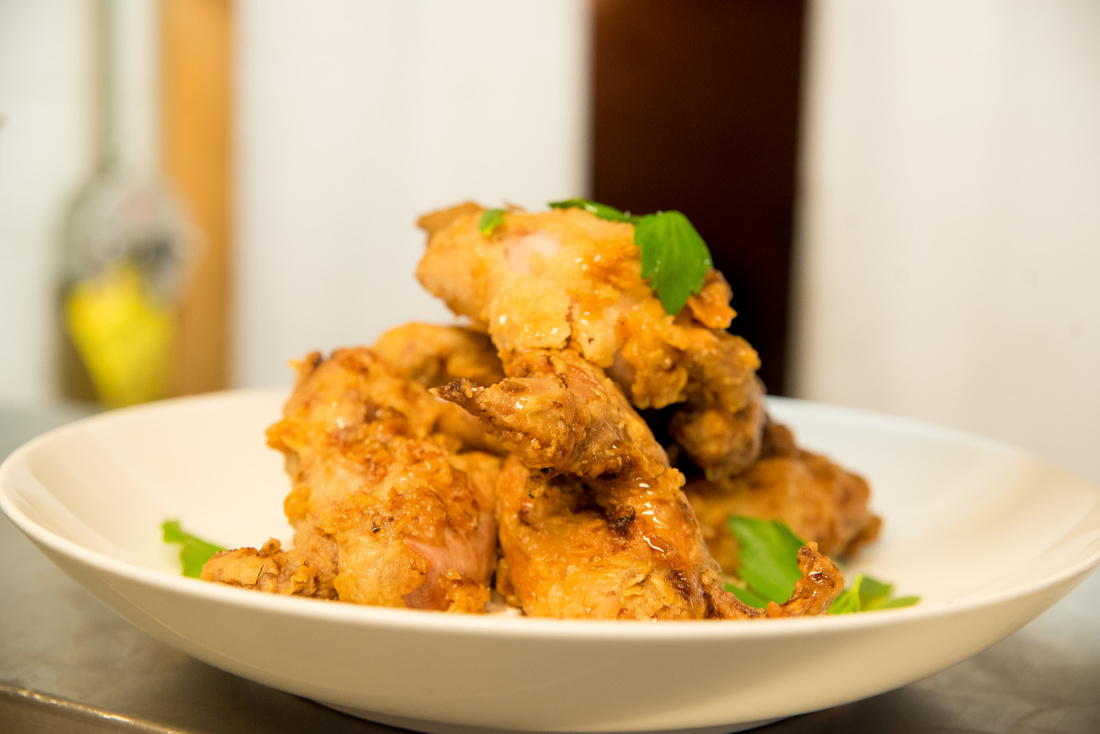 Second course was goose meatballs. These were more like baseballs, not surprising since Pat pretty much has had the meatball game locked up since he first started offering them. Farroto and baby carrots accompanied this dish and were the perfect, subtle finish that it needed. 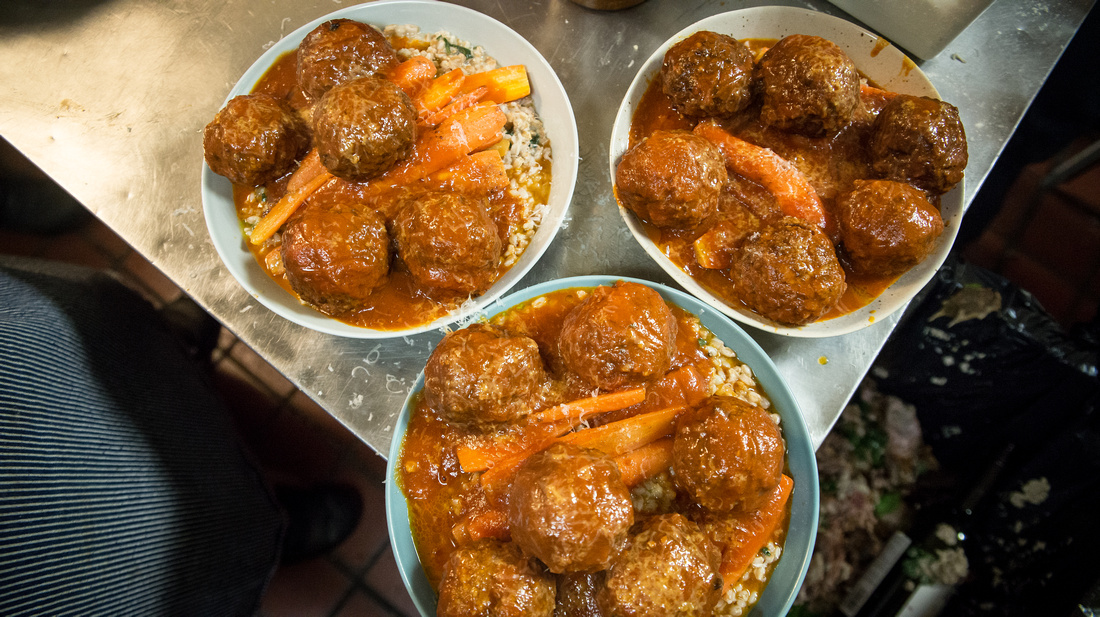 Next up was a dish I self admittedly was on the fence about. I can say that because I confessed it to Pat and he was cool with it! Squab Ragu with mustard greens and calabrian chili. This dish was legitimately a flavor juggernaut. 3 different textures, heat, sweet and salt. 1 forkful in and I was a believer. 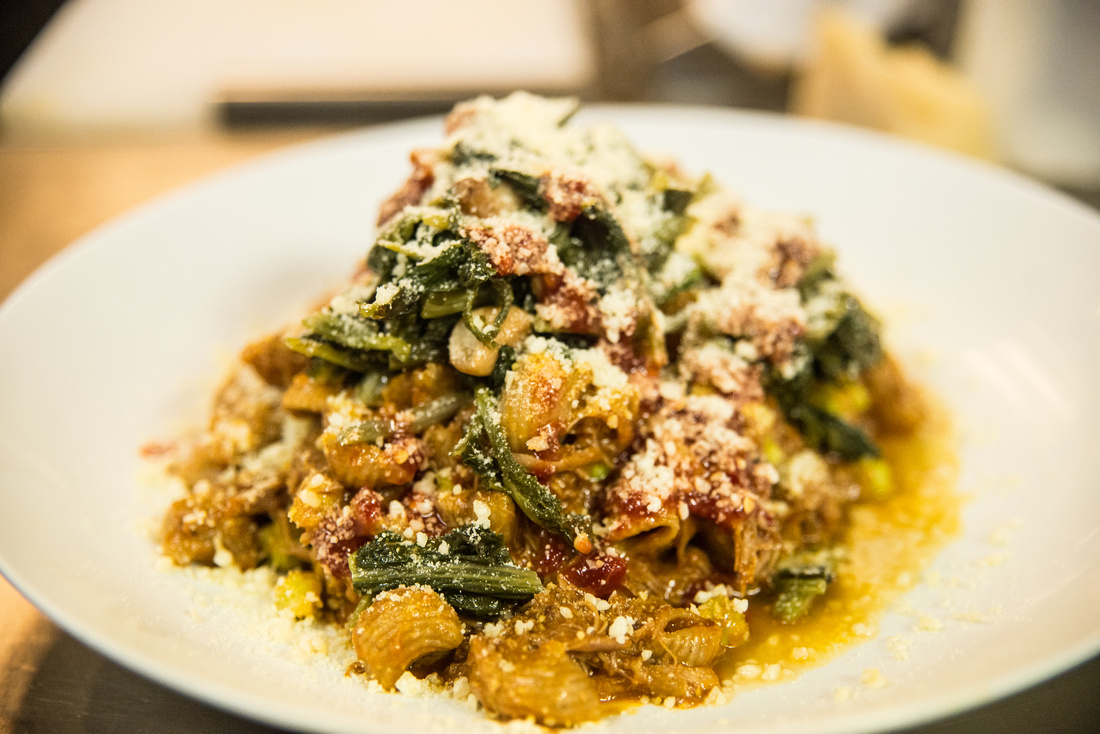 Number four was a pheasant milanese with millstone lettuce, green strawberries and pickled fiddleheads. Say that 3 times fast! I have had plenty of pheasant and lettuce but it was a first for the strawberries and fiddleheads. This was such a refreshing and solid dish that most of the table was quiet while eating it. That is pretty enough to get the point across without me rambling on. 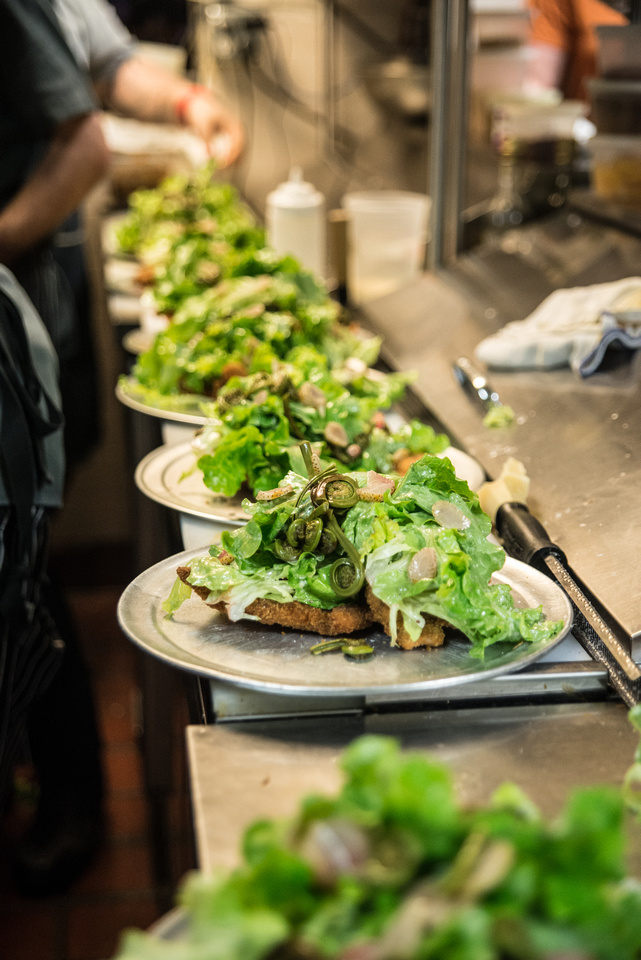 Bringing us home was the braised duck legs. I mean, I feel like a broken record but it was fantastic. The polenta was out of this world and the duck was tender and cooked perfect. It is tough to attend these dinners and not seem biased but if Pat and the guys in the kitchen weren't this good I along with the restaurant full of people wouldn't keep going back! 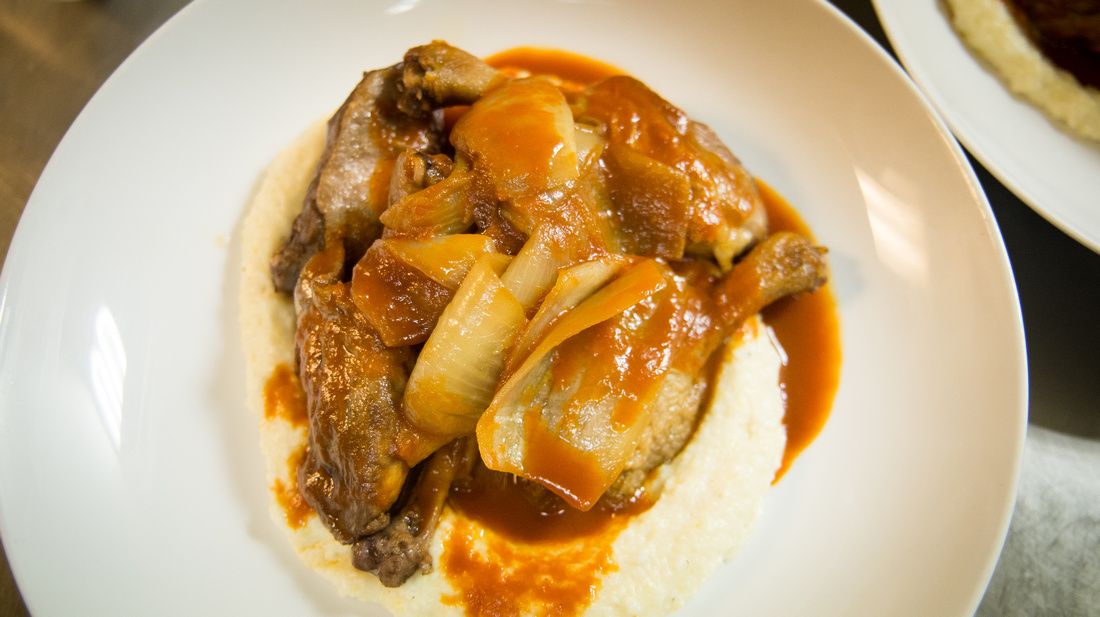 So in closing I will share a little story and leave you with a few random shots of the night. We shared our table with Chef Pat's parents and Aunt. Pat and I have been friends for a few years now and I even played sports with his brother. Spending a few hours with them made me realize why Pat is every bit of an amazing man as he is a chef husband and father. He has built something that anyone close to him knows is his dream. His wife, Megan is right there with him and together they are doing some incredible things. I am proud to call them my friends and I would hands down tell you that if you haven't eaten there cut the shit and go! 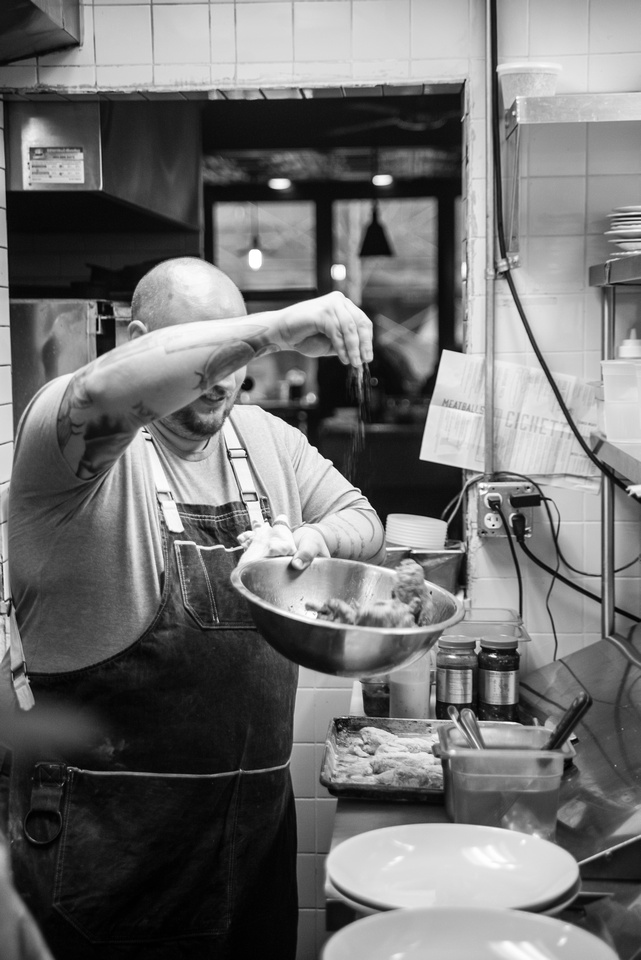 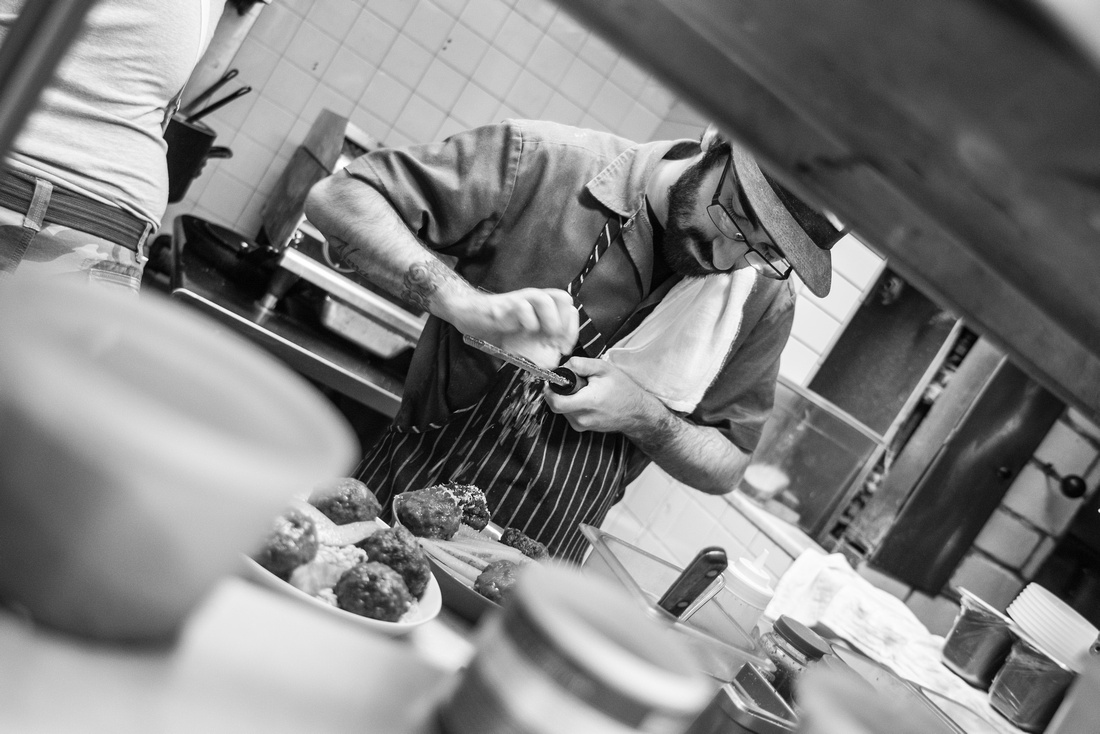 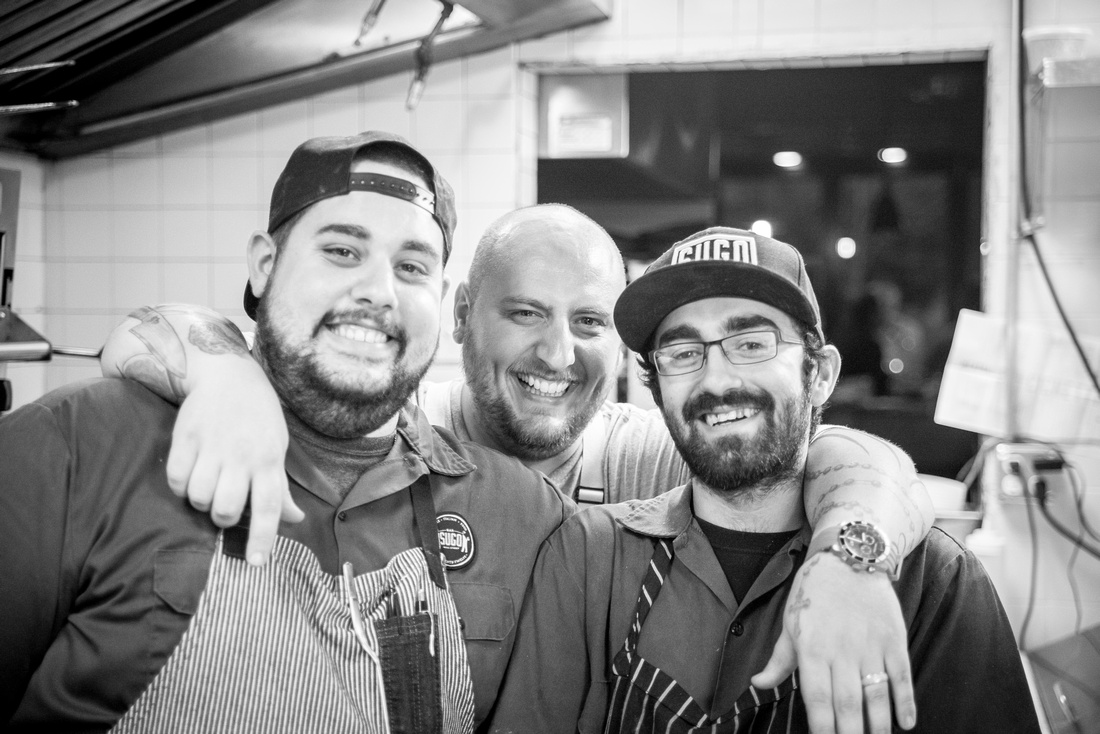